The Ceredigion Liberal Democrats are in a buoyant mood after a successful annual dinner that took place at the Marine Hotel in Aberystwyth on Friday 30th October. 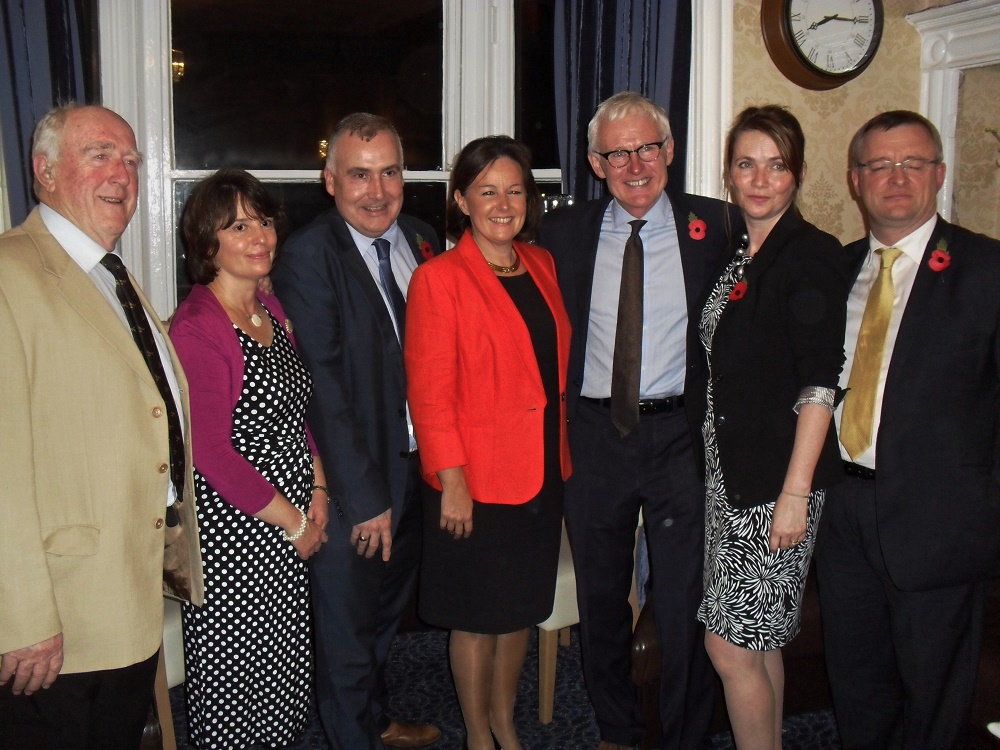 The meal saw over 80 members and supporters from across Ceredigion come to hear from speakers such as the leader of the Welsh Lib Dems Kirsty Williams, former Health Minister Norman Lamb MP, and Member of Parliament for Ceredigion Mark Williams. Other speakers were Assembly Candidate for Ceredigion Elizabeth Evans, former Carmarthen MP Gwynoro Jones and Assembly Member for Mid and West Wales Bill Powell.

Mark said “It was fantastic to see such a great turnout for our annual dinner and I was very pleased that we had such wonderful speakers in Kirsty Williams AM and Norman Lamb MP.

“I was delighted that my colleague Norman Lamb, former Care Minister in the Coalition Government, came to speak with us and share his views, particularly on mental ill health. He campaigned against out of area placements; for parity of treatment for patients with mental ill health; and against detaining patients in prison cells.

“All these issues resonate with campaigns we have waged in Ceredigion.”