Mark Williams, Member of Parliament for Ceredigion, has congratulated Dà Mhìle, a distillery based in Llandysul, Ceredigion, on the launch of their first organic Welsh whisky that took place on Tuesday, 27th September. 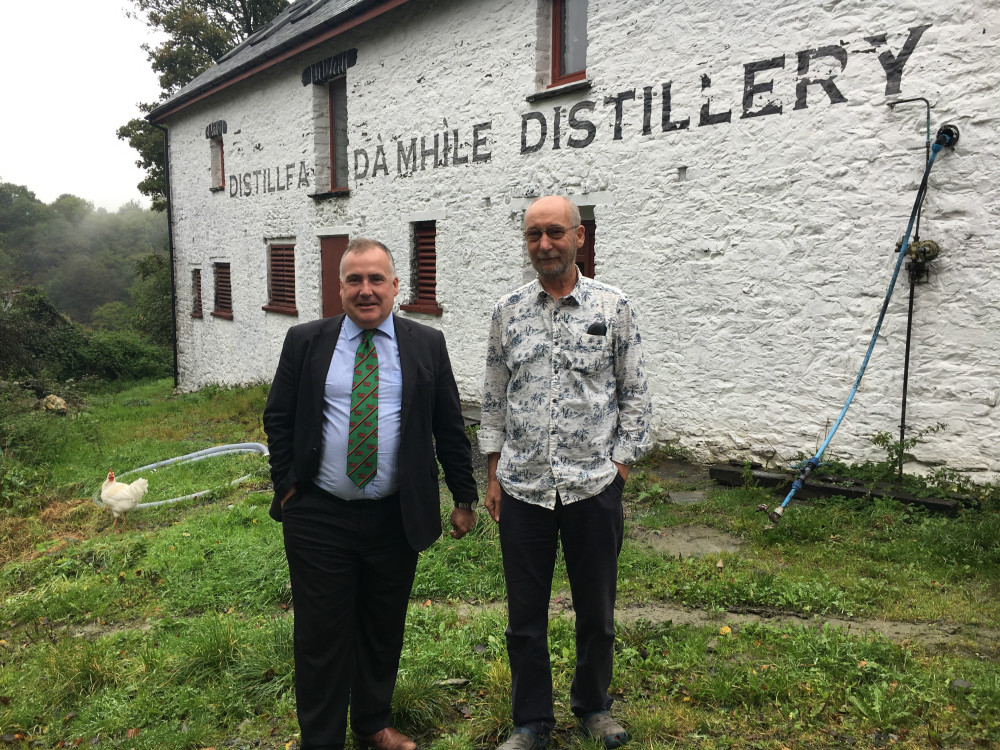 Dà Mhìle is only the second distillery to bottle whisky in Wales, and with the launch of their single grain whisky, Wales now officially qualifies as a whisky-producing nation under European Union legislation.

Mark said “I was honoured to attend the launch of Dà Mhìle’s first whisky and to be able to label some of the very first bottles. This is a big moment for Ceredigion, as well as for Wales, with the launch of this whisky giving our country official status as a whisky-producing nation.

“This is a fantastic example of a local business representing not only Ceredigion, but Wales as well, in the growing whisky industry. I am impressed that we are now officially recognised as a whisky-producing nation, and I am sure that this industry will continue to grow and go from strength to strength.

“I look forward to seeing our Welsh whisky industry continue to grow, and I wish the team at Dà Mhìle every success for the future.”