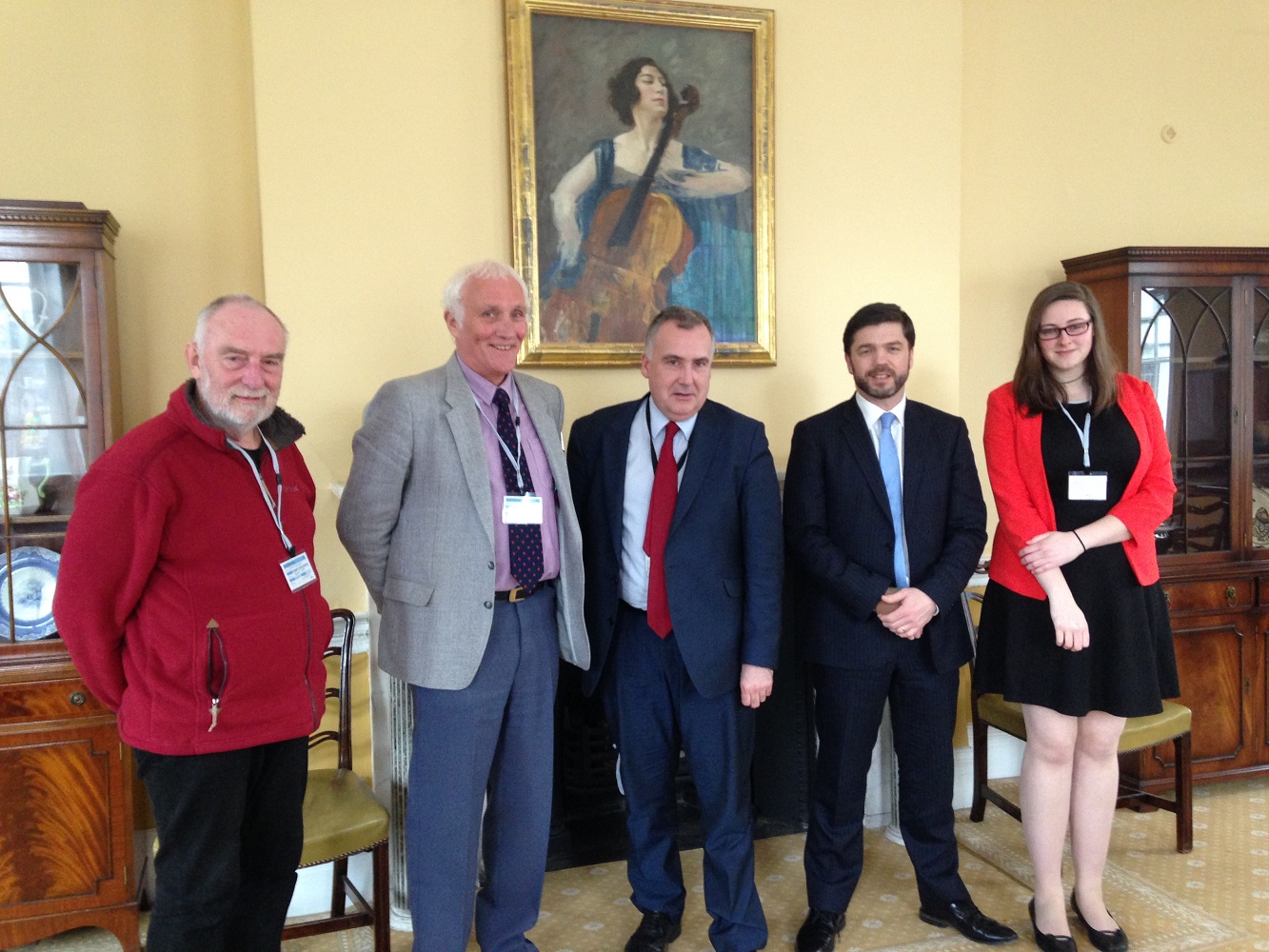 Ceredigion’s Welsh Liberal Democrat MP Mark Williams has met with the Secretary of State for Wales Stephen Crabb MP, and representatives of Traws Link Cymru to discuss their campaign to reopen the Aberystwyth to Carmarthen railway line.

The meeting, which was facilitated by Mark Williams MP, was held in the Wales Office in London.  Adrian Kendon, Mike Walker, and Flora McNerney attend as representatives of the Traws Link Cymru campaign.

“There is a huge amount of interest and growing momentum for the Traws Link Cymru campaign, and much has happened since I attended the first campaign meeting in Lampeter last year.

“I felt it was very important to promote a dialogue on this important project with the UK Government, and so was pleased to broker the meeting with the Secretary of State.  Traws Link Cymru representatives put a strong case to him, and he assured that he would raise the issues of a feasibility study with the Department of Transport.  He seemed genuinely interested in the issue.

“The potential of this project for West Wales is immense.  It would link up a number of institutions of higher education, and my recent visit to the University in Lampeter has confirmed much support there.  It would also create huge potential to develop the tourism sector, and improve connectivity for local residents.  There are huge gains that could be realised if both Governments in Cardiff and London, as well as Network Rail, respond positively.

“The campaign are to be commended for their determination, community engagement, and commitment to a cause from which we will all benefit.”