Mark Williams MP calls for tourism VAT cut to give an economic boost of £5.3m for Ceredigion

Ceredigion’s Welsh Liberal Democrat MP, Mark Williams, yesterday joined leading figures in the UK tourism industry in the Houses of Parliament in calling for an £4 billion boost to the UK economy.

Mark Williams MP met with leading figures in the UK tourism industry including representatives of Merlin Entertainments, InterContinental Hotels Group (IHG) and the British Hospitality Association for a roundtable discussion on the future of the tourism industry should the sector receive the VAT cut it is calling for. 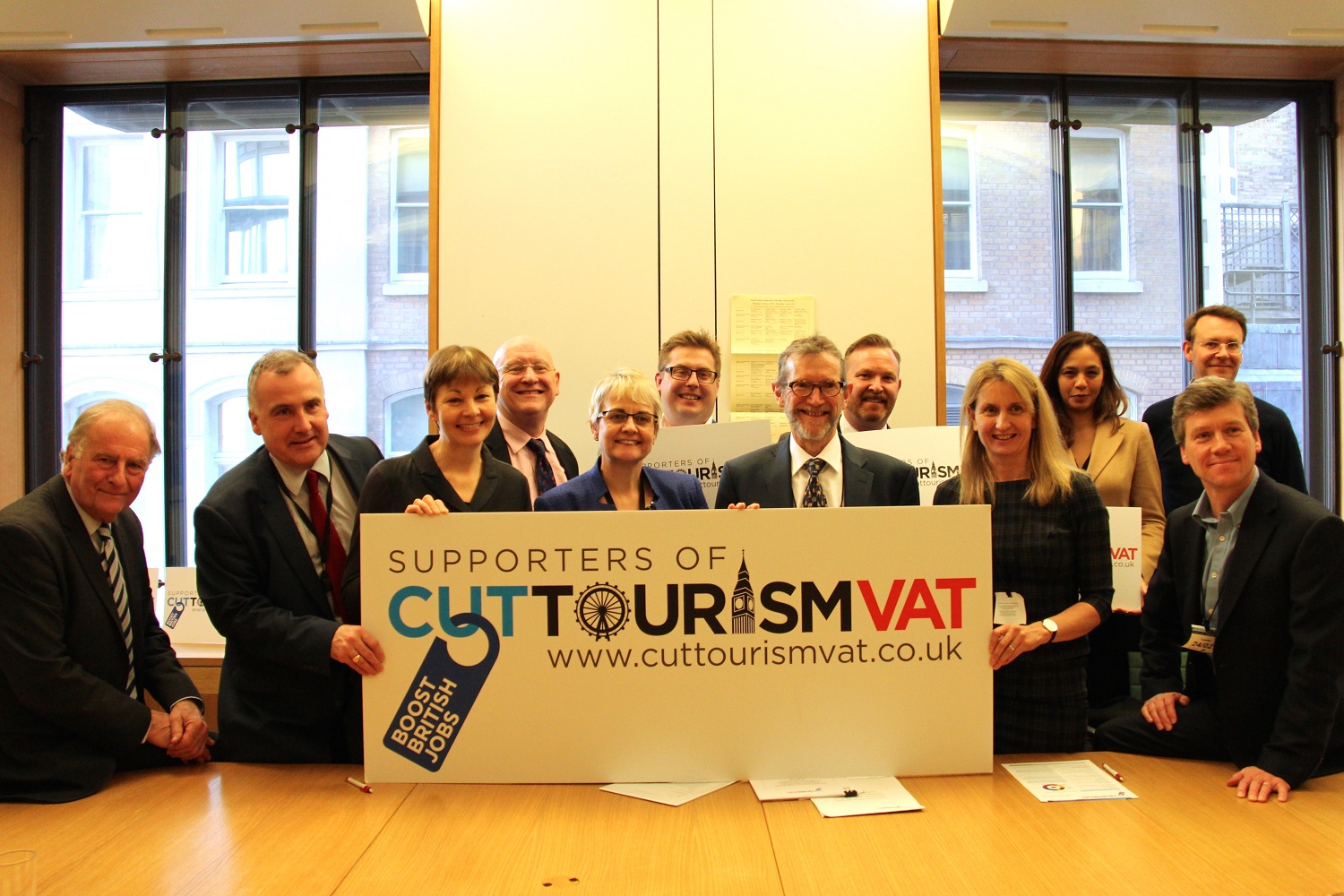 Cut Tourism VAT is a coalition of hotels and visitor attractions calling for VAT on tourism to be cut from 20% to 5% in the upcoming Budget. This will bring the UK in line with competitor destinations within the European Union, increase the competitiveness of regional tourism hotspots, generate more investment for regional businesses and support wider regeneration in these areas, and in the UK as a whole.

Independent research shows that this reduction would mean an extra 166 jobs and a £5.3m economic boost for Ceredigion. Nationally, cutting VAT would mean a £4billion boost to the UK economy, the creation of 120,000 jobs and delivering £3.9bn to the Treasury.

“International competition for tourism is increasing and the UK’s share of the global tourism market is declining. This is an extremely important issue and one that deserves to be discussed at the heart of Westminster. I am delighted that Mark Williams MP was able to join industry leaders to discuss how an urgent cut in tourism VAT would boost the economy nationally and in Ceredigion.”

“A reduction of VAT on travel and tourism from 20% to 5% would make a huge difference to Ceredigion, resulting in an extra 166 jobs directly in the tourism sector, as well as the beneficially knock on effects on employment indirectly in the rest of the area - providing an additional £5.3m to the local economy. That’s why I’m backing the campaign to Cut Tourism VAT and am asking the Chancellor of the Exchequer give tourism in Ceredigion a well-deserved boost.”