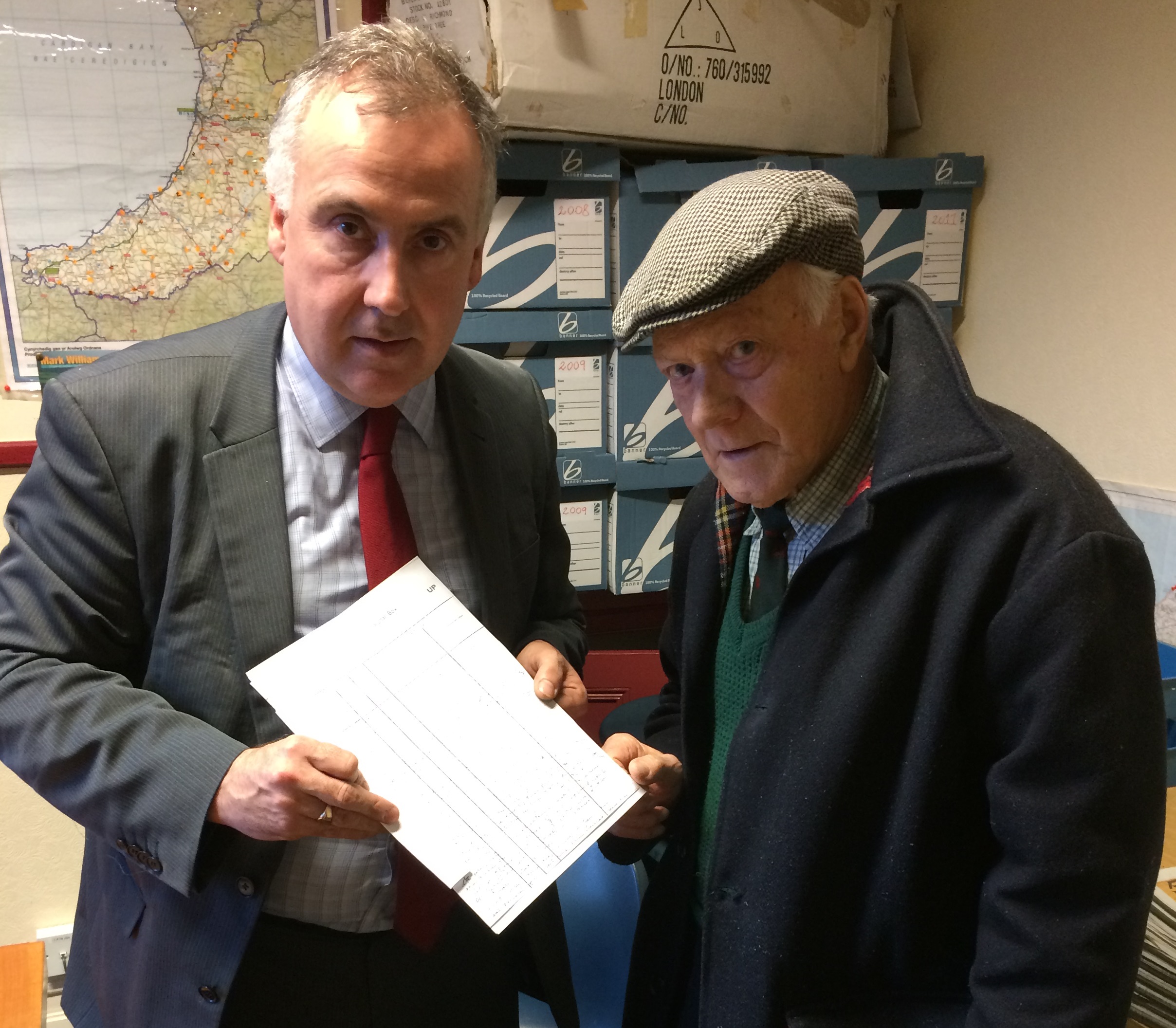 Ceredigion’s Welsh Liberal Democrat MP Mark Williams has added support to the campaign to re-open the Aberystwyth to Carmarthen rail line, marking the 50th Anniversary of the last use of the train line (on 12th December 1964) by visiting the signal box records collected that day by Bryn Ebenezer, Penparcau.

This comes as Mark Williams secures a meeting with the Secretary of State for Wales and Traws Link Cymru, to discuss their campaign which calls to re-establish the Aberystwyth to Carmarthen rail line - emphasising to the Secretary of State that re-opening this line would be immensely beneficial to the local area, and across Wales.

‘50 years on from the closure of the line, it is pertinent to see the growing support for the campaign to re-open it, and it was fascinating to see these records.

‘Re-instating the line would be hugely beneficial, connecting up the local area and boosting the economy, as well as encouraging people to use the train which will preserve the environment.   Whilst not without it challenges, I strongly believe the long term benefits of the project would be invaluable to the infrastructure of the Mid-Wales area.