Ceredigion’s Welsh Liberal Democrat MP Mark Williams has supported the Teacher Car Campaign, which calls for the inclusion of teachers into the salary sacrifice car schemes, available to many other public and private workers.

Teachers are currently the only profession excluded from having access to salary sacrifice car schemes, which allows employees to sacrifice a portion of their gross salary in return for a brand new car, with annual savings of around £1200.

These are highly popular schemes which are provided to tens of thousands of workers in the private and public sector across England and Wales.  This campaign, which is supported by a number of MPs from across political parties, is calling for the Education Sectary and the School Teachers Review Body to review the current rules on this, and allow teachers to access salary sacrifice scheme along with all other professions.

“I understand over 1200 teachers have signed a petition asking for their inclusion into the scheme, and I can well understand their frustrations.  I have signed the early day motion in support of this campaign and will ask the Secretary of Education to look at this, particularly given that other public sector workers such as those who work for the NHS see this as an important reward for their staff.  Teachers should have access to the same benefits.” 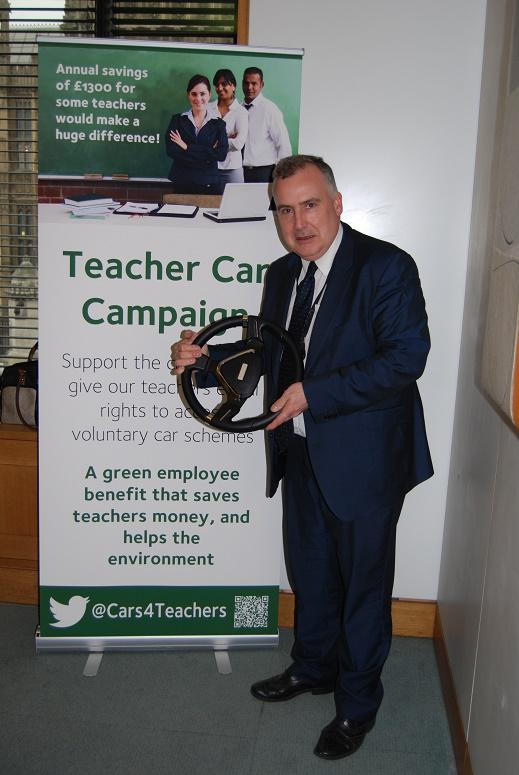