Ceredigion’s Welsh Liberal Democrat MP Mark Williams has welcomed a number of measures in this year’s Budget which will assist charity and volunteering groups in our society, who do so much to help others.

The Chancellor announced in his budget speech that he would give £10 million in funds for air ambulances across the UK. He also agreed to refund the VAT for blood bike charities, responding to the public campaign on this issue which Mark supported. 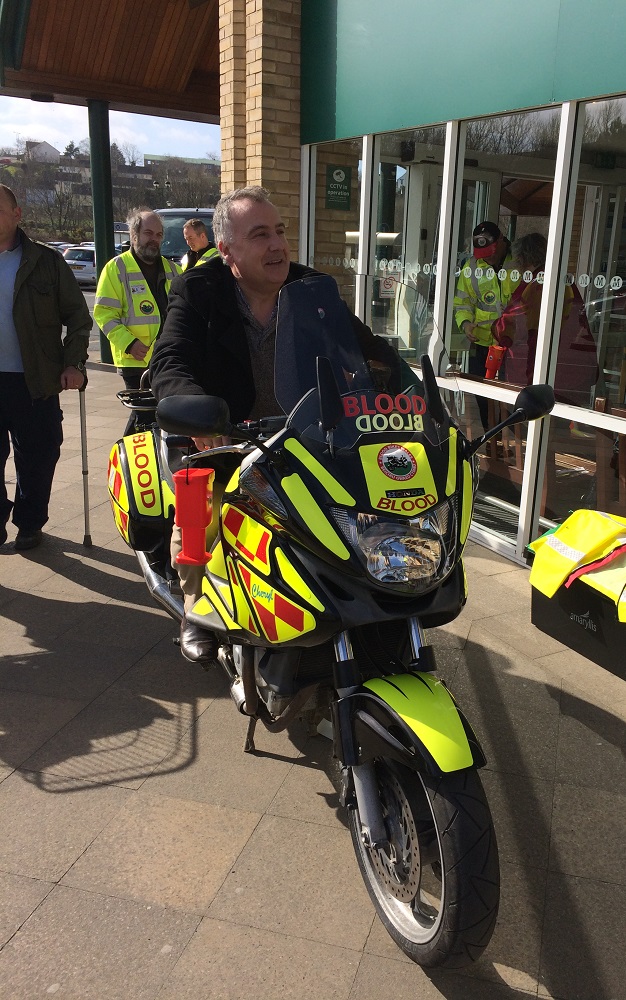 Mark Williams also welcomed the announcement from Chancellor that he would change regulations and allow widows and widowers of police personnel, firefighters and members of the intelligence services who are killed on duty to keep their survivors’ pension if they remarry.

Under current rules a former spouse or civil partner of was not eligible to receive an adult survivor’s pension, meaning that spouses could not remarry in the event of their husband or wife’s death, or have to forfeit their pension entitlement.  In his Budget speech, Osborne said that he would 'correct the historic injustice to spouses of police officers, firefighters, and members of the intelligence services who lose their lives on duty.'

“Having met with Aberystwyth Blood Bikes services a few weeks ago, I was really pleased that the Chancellor had listened to their concerns and pledge to return their VAT.  I know the commitment our local Motor Cycle Action group have shown to this project, and how appreciative the Hywel Dda University Health Board are.  It is good to see Government recognising this project.

“It was good to hear funds are being given to the air ambulance service.  Support is much needed, especially in rural areas where a helicopter can be a vital life-saving service.

“Having met with police widows from Ceredigion and Wales at their meeting in Parliament a few weeks, I am pleased the Government listened, and widows and widowers are no longer being forced to choose between financial security and future happiness.”