On Wednesday, June 29th, Mark Williams, Member of Parliament for Ceredigion, joined women from across the country at a demonstration outside the Palace of Westminster in support of women hit by the acceleration of the equalisation of the State Pension Age, a change which began in 1995 and was compounded in 2011. 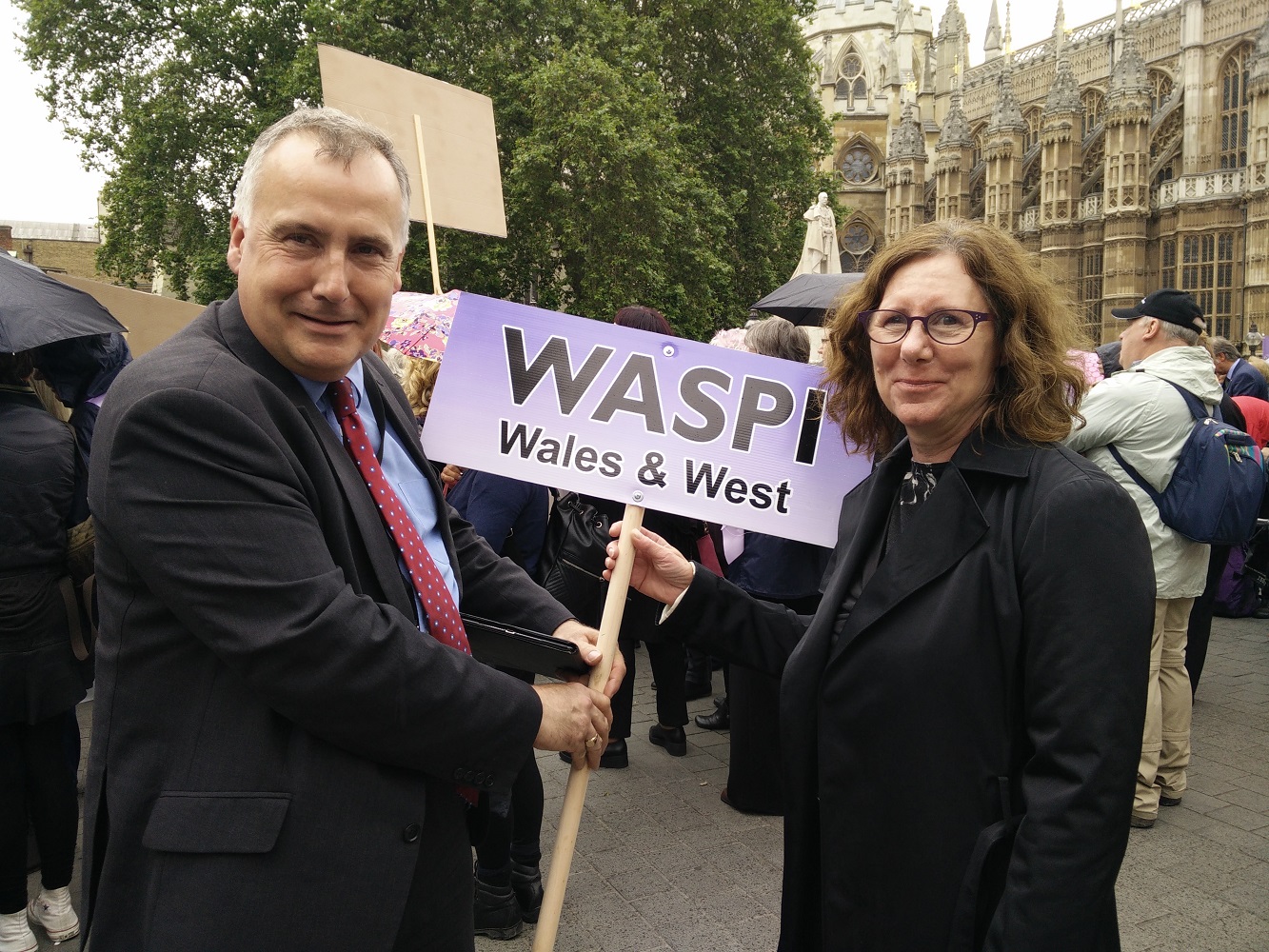 In Ceredigion, according to the independent House of Commons Library, around 3,480 women are directly affected by the 2011 Pensions Act alone. 302 local residents signed the e-petition calling for transitional arrangements, which received almost 200,000 signatures nationwide.

The Women Against State Pension Inequality (WASPI) campaign works to lobby the Government to introduce transitional arrangements for those women affected, many of whom were not notified about the changes, and took early retirement, leaving them without any income.

Speaking after the protest, Mark said:

“It is important that we get the best outcome for these women, many of whom have worked hard for decades without taking a penny out of the system. I was therefore proud to join them at their demonstration in Westminster on Wednesday.

“I hope that the Government will recognise the strength of feeling over this injustice and that we will soon have the equitable outcome that the WASPI women deserve.”