Ceredigion Liberal Democrat MP Mark Williams recently met with members of the Aberystwyth and District Visually Impaired Club to discuss concerns raised by their members about the condition of the North Road Eye Clinic. Mark has promised to raise concerns with Hywel Dda Health Board Chief Executive Steve Moore. 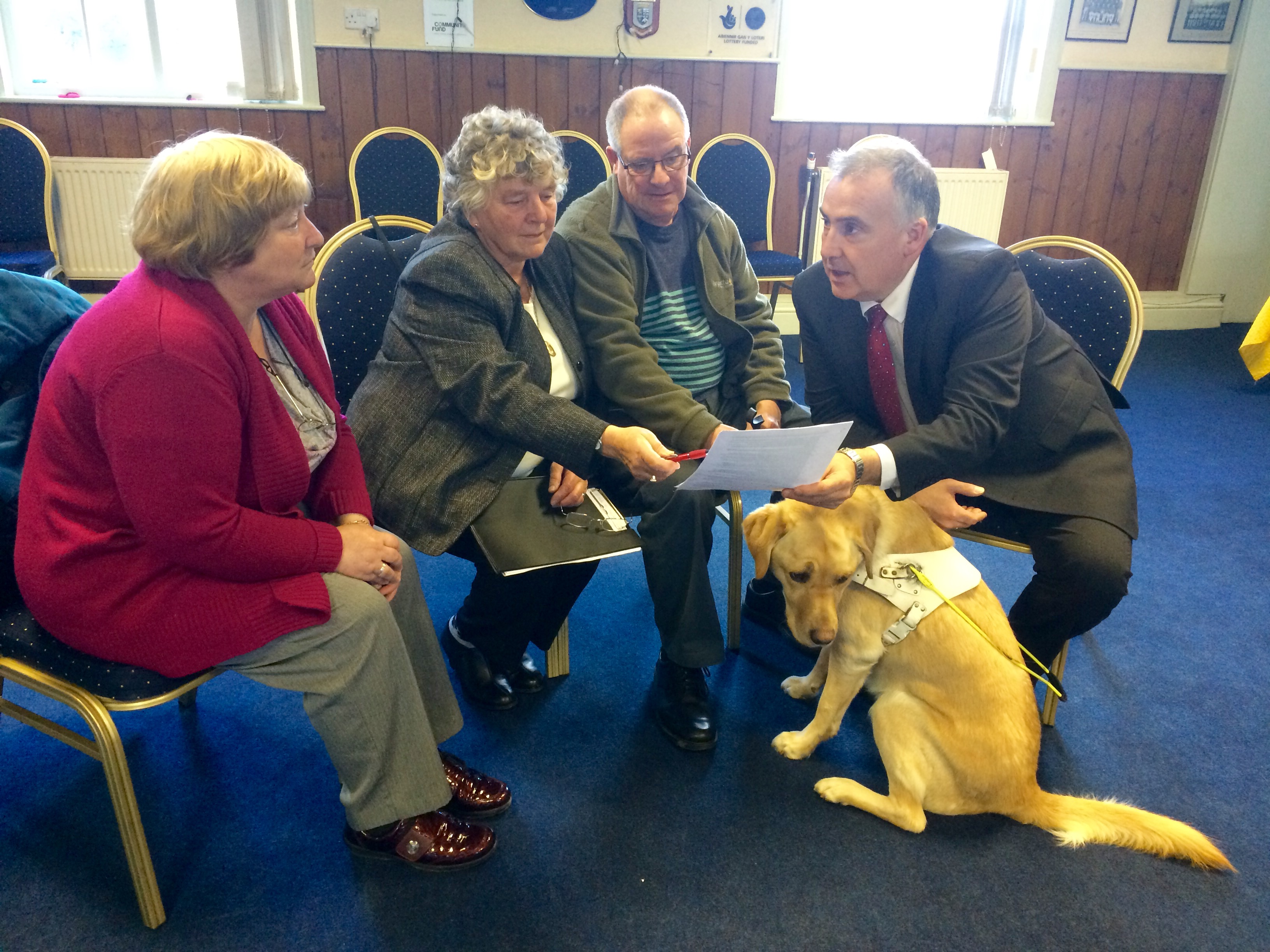 Mr Williams said: “At no point did the delegation have any criticism of the staff at the North Road Eye Clinic, but they were very concerned at the state of the car park, a responsibility of the County Council, the absence of short stay spaces and the layout of the eye clinic itself.”

Earlier this year, the Club were invited to take part in a survey undertaken by the Health Board’s Sensory Loss Standards Implementation Group to see how the building could be better utilised. A list of 35 recommendations for improvement were submitted, but the Club have heard nothing since.

Mark added: “At the meeting I was told about the lack of space for consultations, a lack of a waiting room, a lack of privacy – sharing a reception area with the Sexual Health Clinic, and a general feeling that the builds are not currently fit for purpose. One blind gentleman I met had to contend with the confusion of an embossed male toilet sign on one side of the door and a female sign on the other.

“I will be speaking with Hywel Dda to find out whether they are reflecting on the proposals and to find out their timetable for acting on these concerns.”