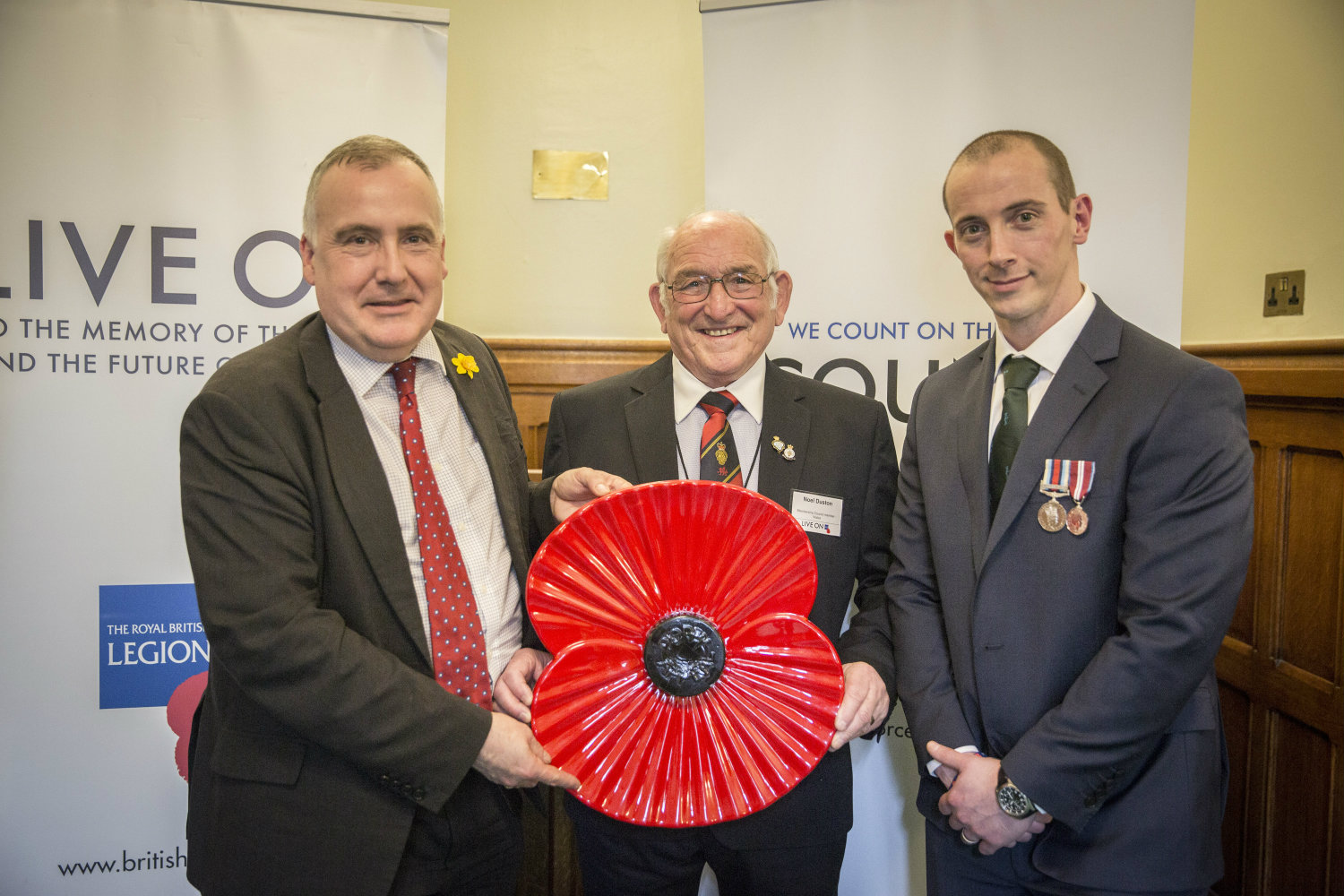 The Royal British Legion provides welfare assistance to thousands of veterans, serving personnel and their families in Wales every year. It is also the national custodian of Remembrance, best known for its emblem the red poppy. Mark Williams MP attended the Legion’s event in Parliament to show his support for the charity’s work, and to meet Legion membership, staff and volunteers to discuss issues facing the Armed Forces community in Wales.

Last year in Wales, the Legion provided over £500,000 in grants to support members of the Armed Forces community and engaged with almost 6,500 people directly via its high street Pop in centres and community outreach. The Legion’s own handy van service ‘poppy calls’ also completed 2,350 jobs across Wales, helping people in their own homes to live independently and with the support they require.

Antony Metcalfe the Legion’s area manager for Wales, said “I was delighted to see Mark Williams MP and we were grateful that he took the time to drop in. The Royal British Legion offers a range of welfare support all year round, and in 2015/16 we responded to over a million requests for help - more than ever before. This event offered a great opportunity to spread the word about the range of services that we provide in Wales, and to hear from Neil Adams and Stewart Harris who we have supported since they left the Forces. I look forward to working with them to ensure the needs of our Armed Forces community are reflected in policies at all levels in Wales and the UK”.

Mark Williams MP added, “I enjoyed meeting beneficiaries and staff from The Royal British Legion and learning more about the work being done in Ceredigion and Mid Wales. Members of the Armed Forces community make huge sacrifices in the service of our country, and I am proud to support the work of the Legion in honouring the memory of the fallen and building a better future for the living.”