Mark Williams, Member of Parliament for Ceredigion, has joined with Members of Parliament and the Stolen & Missing Pets Alliance for the first ever Dog Theft Awareness Day event that took place in Parliament on March 14th. 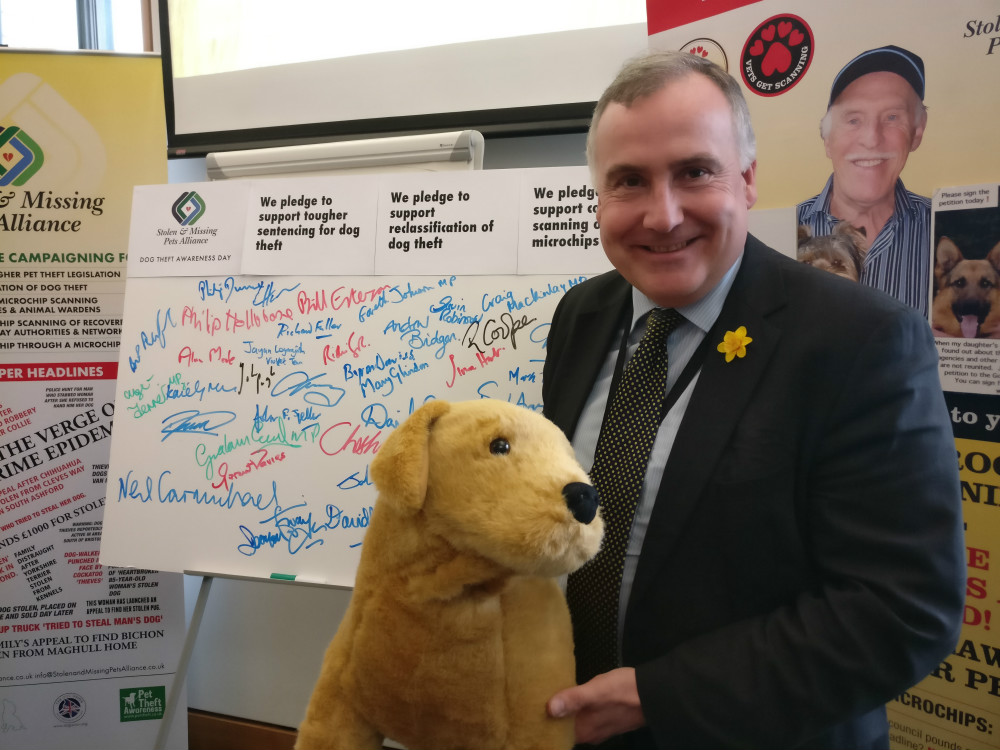 The event aimed to raise awareness of the growing issue of dog theft throughout the country and highlighted the impact on victims and demonstrated the importance of microchipping.

Mark said “It was a pleasure to attend and help raise awareness of the problem of dog theft and to discuss the emotional impact it has on those individuals and families who lose a pet or working dog.

"Throughout the UK, more than 5000 reported cases of dog theft have taken place since 2011, and only 12% of dogs were reported to have been returned to their owners.

“I was glad to see that the Dyfed-Powys Police area has one of the lowest levels of reported dog theft throughout the UK, with 56 recorded dog thefts over the past five years. However, these incidents still have a huge impact on both those who lose a dog and on the dogs themselves, and it can be incredibly difficult to recover stolen dogs when thefts take place over such large and often isolated rural areas, with only 8 of those 56 record thefts being resolved.

“It is important that our police forces recognise the emotional impact that these crimes can have and ensure that they are recorded accurately just like any other crime, and making the scanning of microchips compulsory for vets, rescue centres and other authorities would go a long way to help reunite stolen dogs with their owners.”