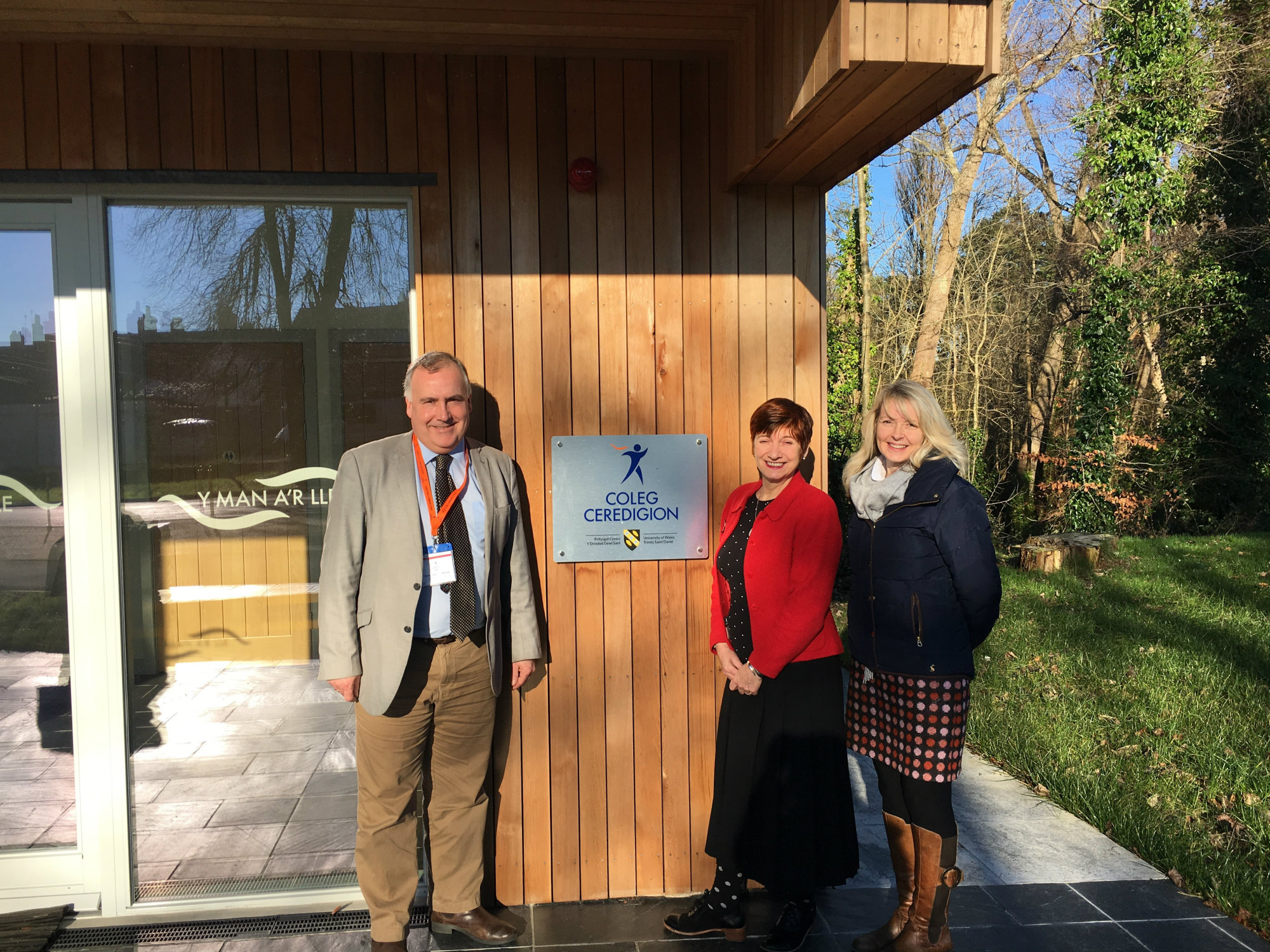 Coleg Ceredigion’s new Welsh Language Centre is a newly built multi-purpose language centre, built as a focus for educational, Welsh medium and bilingual social and cultural activities in Cardigan and the surrounding area. It was built after Coleg Ceredigion secured a £300,000 grant from the Welsh Government.

Mark visited to see the centre and to find out more about the facilities and to discuss Coleg Ceredigion’s hopes for its impact on the community. He was joined by Jacqui Weatherburn, Principal at Coleg Ceredigion, and Non Davies, Head of Bilingualism and Corporate Services.

Commenting after the visit, Mark Williams said “It was fantastic to visit the centre and see the impact that it has on Coleg Ceredigion and the community more widely.

“I was very pleased to hear that local community groups are already using the building for meetings, and that the college is offering support to clubs that want to become more bilingual, as well as being used by local primary school children for art classes, as well as childcare students from the college practicing their Welsh for use in the workplace.

“The centre has been a fantastic investment for the community of Cardigan, and I look forward to see further uses for the space as the centre goes from success to success.”