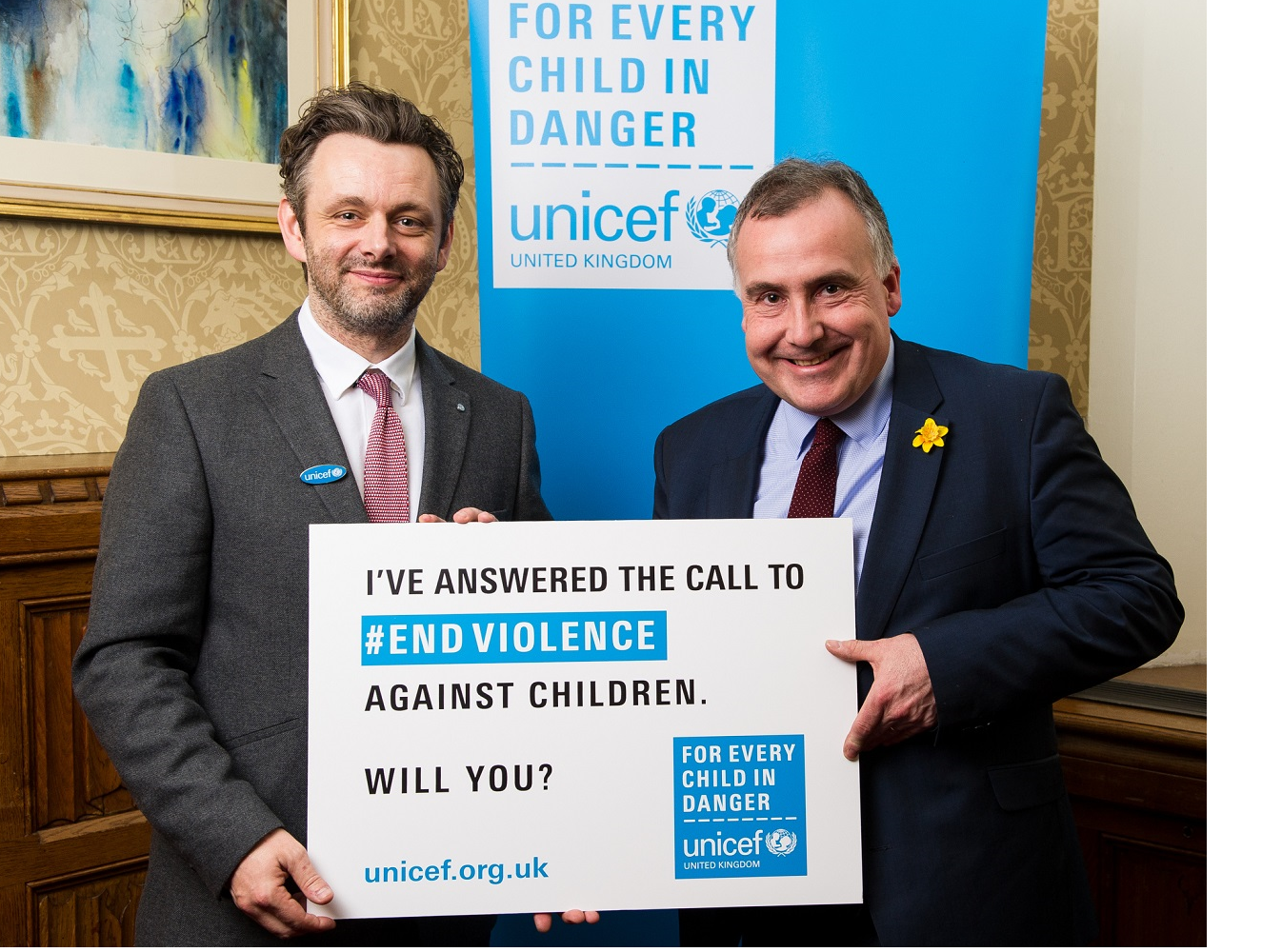 At an event in Parliament this week, Mark met with Unicef UK Ambassador and actor Michael Sheen, who spoke about the work he is doing with Unicef UK on this campaign.  The Unicef UK Ambassador described his experiences from his recent trip to Guatemala, one of the most dangerous countries in the world for children.  It has the second highest rate of child murder and 40 children become orphans each day because of violence.

This campaign comes following a recent report published by Unicef UK, which has shown that every five minutes a child dies as the result of violence.

In the foreword to the report, Baroness Doreen Lawrence, a long term campaigner for justice in the UK, writes:

"This epidemic of violence against children feeds off silence. It grows when we soundlessly accept that this is just the way things are. Every five minutes, somewhere across the globe, a family loses a son or daughter to violence. This is intolerable – it must stop."

“The work undertaken by Unicef UK has highlighted some truly shocking statistics.  Governments are currently negotiating a new set of global development targets as the current Millennium Development Goals will expire this year.   In September, world leaders will then announce a new global goals that will guide the development of our planet for the next 15 years.

“Unicef UK is calling for these new goals to include a target to end violence against children everywhere, and these are calls which I fully support.  It is vital that these goals include a robust target to end abuse, exploitation, trafficking and all forms of violence and torture against children, so that this becomes a priority for all countries.”