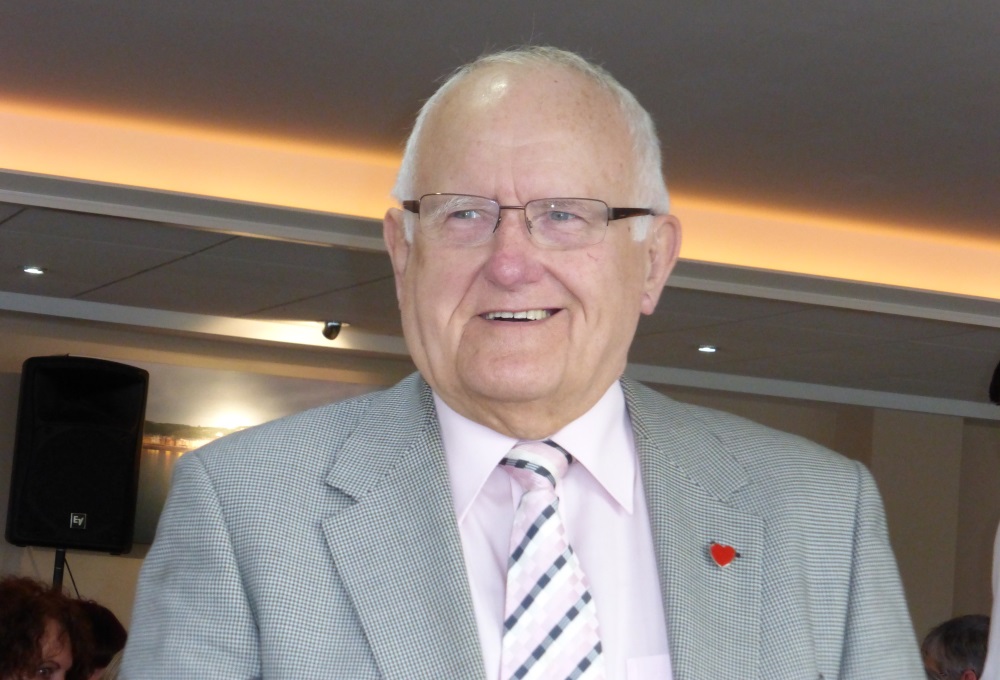 Born in Rhydyfelin and has lived in Llanilar for 42 years. Educated at Ardwyn Grammar School, he was employed as a Customer Care Manager at Aberystwyth Post Office where he worked for a period of 41 years except for 2 years National Service in the Royal Air Force. He took early retirement in February 1991 and has since devoted most of his time to Local Government work.

He is Chairman of the Governing Bodies of Llanafan and Llanilar schools. He was Chairman (2011—2013) of The Welsh Council for Deaf People and is also Chairman of the Aberystwyth & District Branch of the British Heart Foundation (Wales).

He was awarded the M.B.E in the 2003 New Year’s Honours List for services to Local Government and to the Local Community.

He is married to Mair, who was brought up in Llanilar and has close family connections with the communities of Abermagwr and Cnwch Coch.