Mark Williams, Member of Parliament for Ceredigion, met with residents from New Quay and Gilfachrheda last week to discuss concerns residents have over safety on the B4342 road. 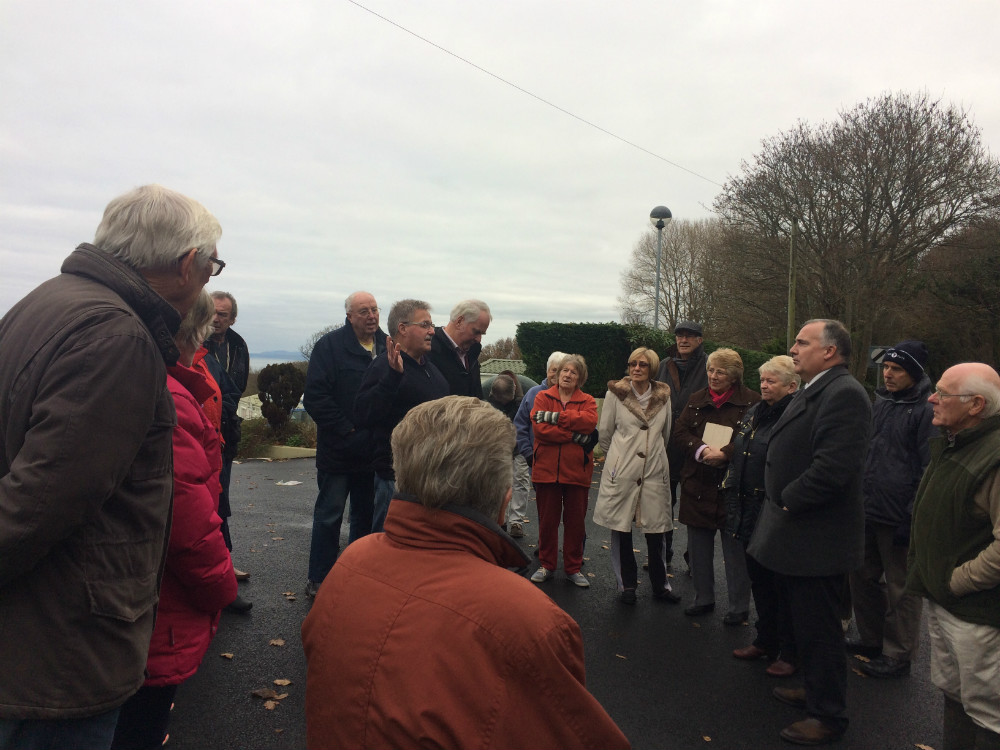 Mark met with two groups of residents, one opposite Schooner Park in New Quay and one in Gilfachrheda to discuss their concerns. Many of the residents who live close to the road and those with children stated that they were worried about speeding, and with a number of accidents and near misses in recent months, they feel that action needs to be taken.

Mark said, “It is disappointing that residents are being left to worry when some simple measures to ensure more safety on the stretch could be very easily implemented by the Council.

“Measures such as double white lines to avoid overtaking would substantially help with safety, particularly on the straight stretch of road through Gilfachrheda. Flashing speed awareness signs would also help with safety.

“The eventual aim of the campaign will be to see a reduction in the speed limit along the stretch. The strength of feeling on this issue is clear, with over 60 people turning out to these two site meetings and a petition with well over 500 signatures.”

Mark is committed to supporting the campaign for increased traffic calming measures on this stretch and will work with the resident to ensure that both the short-term and long-term aims of this campaign are achieved.