The Welsh Liberal Democrats are leading a campaign to save the future of S4C, following numerous Tory threats to either cut or abolish the BBC licence fee. 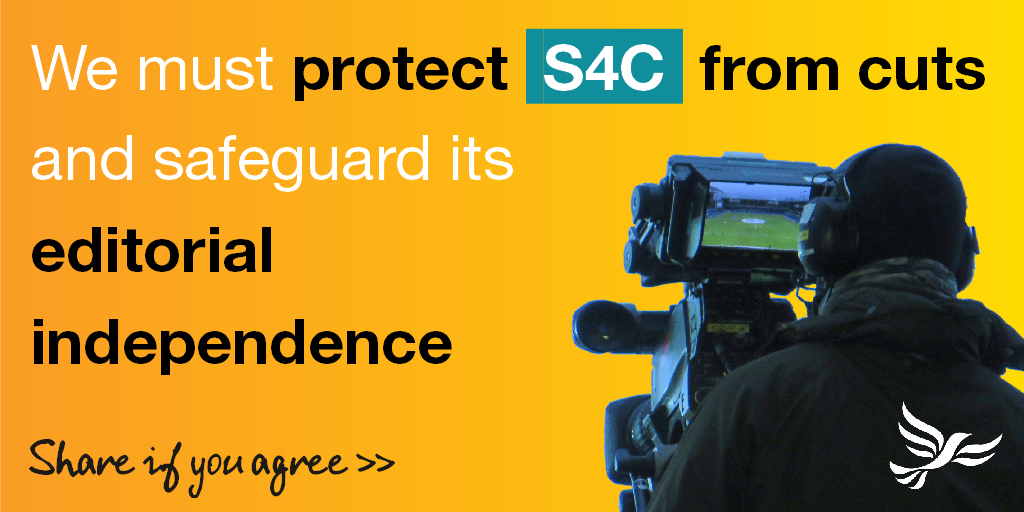 The BBC licence fee provides £75m, equivalent to over 90% of the channel’s funding.  The new Culture Secretary John Whittingdale MP has previously said it should be scrapped.  With the BBC Charter due for renewal in 2017, negotiations over future funding will start this summer.  The remaining £6.7m of S4C funding comes from the UK Department for Culture, Media and Sport and is not guaranteed beyond March 2016.

The Welsh Liberal Democrats are leading a campaign to secure the future of the S4C in the National Assembly.

“S4C makes an immense contribution to safeguarding our Welsh language and enriching Welsh culture, as well as bringing many benefits to the local economy.  Every £1 of S4C spend is worth £2.09 to the Welsh economy and since the channel was launched in 1982 it has brought over £2.2bn of investment into Wales.

“The new Culture Secretary has said that the BBC licence fee should be scrapped, which creates huge uncertainty over future funding of S4C.

“The Welsh Lib Dems will fight tooth and nail to secure the future of the S4C.  In government Liberal Democrats played a key role in securing S4C’s current settlement and ensuring that the new operating agreement between the BBC and S4C gave the channel a secure future whilst retaining its independence.  I am worried that without us in Government, the Tories will simply plough ahead with their plans with little regard to the future of Welsh-language broadcasting.

“As discussions over the BBC Charter renewal start this summer, it is vital that the Welsh Government makes a strong case for the future of the S4C.  The Tories must come clean over their plans for future funding of the S4C to end the current uncertainty, so that the channel can get back to commissioning the quality Welsh language programmes that we all enjoy.”